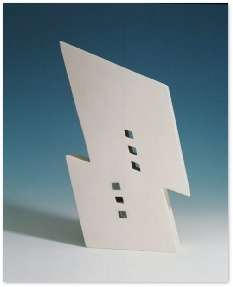 Julie Brunskill is a ceramist working in South Wales, UK. She studied at Cleveland College of Art and Design from 1976 - 1981.

Currently Julie is using materials and techniques to explore and address her feelings about climate change and the loss of green space within the urban environment.

After moving to Wales in 1983 she soon became a member of the Swansea Branch of the Association of Artists and Designers in Wales, establishing a studio in Swansea's Maritime Quarter in 1986 until 2005. She now works from her studio at home. 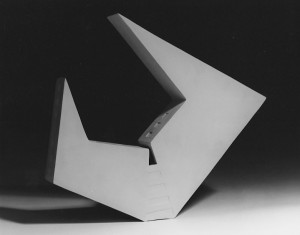 After taking some time out, having had two children, she has now returned to ceramics. Her children brought her into contact with schools and she has since led many ceramics workshops with Primary schools.

Past work was based on her childhood in the industrial North East of England. Following this, more dynamic forms were influenced by the cranes in Belfast Lough where she lived for some months while Artist in Residence at Stranmillis College, Belfast.

A later body of work - ‘Perforations’ - became more contemplative, suggesting the ambiguity of liminal space with holes/windows to look into or out of. More recent work is based on another aspect of liminal space; the overlooked, uncared for, urban features of contemporary Britain.