"After the Firing" focuses on the intersection of urban space and the natural environment, both coastal and rural.

I was awarded an Arts Council of Wales grant in May 2015 towards the purchase of a new kiln and producing a new body of work for Mission Gallery’s Maker in Focus in April 2016. This allowed me to continue exploring the effects of the passage of time on urban spaces, while also focusing on the loss of the natural environment and climate change. 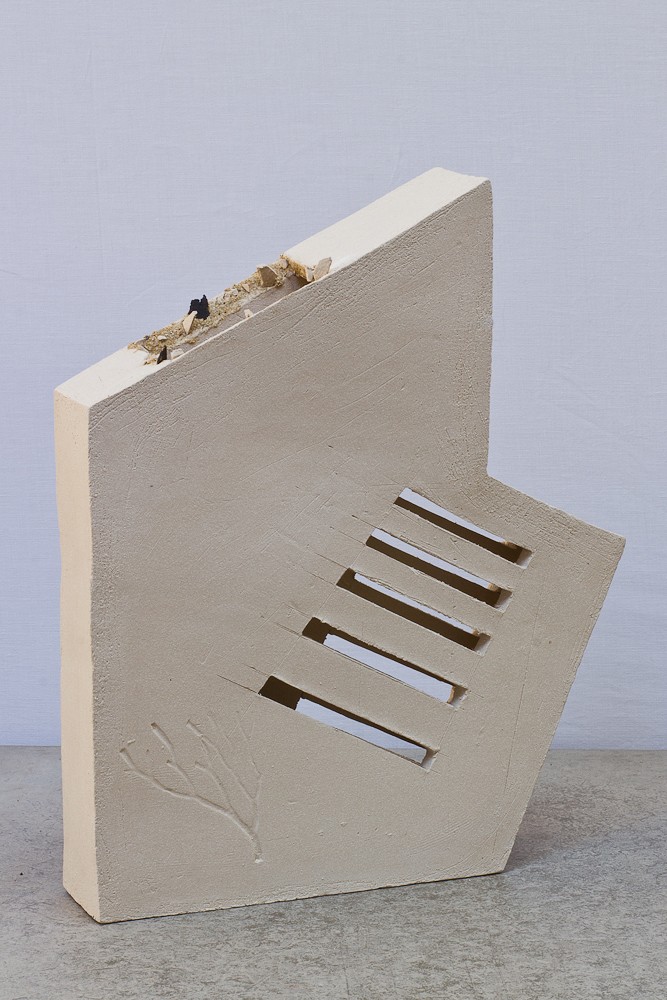 This focus on the intersection of urban space and the natural environment, both rural and coastal, has deepened my interest in liminality and the work has become increasingly concerned with sense of place, dislocation and absence.

In response to these themes I have worked with a mixture of clay bodies, from smooth white paper clay to heavily textured black, combined with layers of oxides, to represent the effects of time, weathering and man’s changing interactions with the land.

The title ‘After the Firing’ refers to the disastrous firing that lead to the loss of my previous kiln as well as several pieces of work. The title piece was salvaged from that firing.

‘ “Hope” is the thing with feathers’ – detail