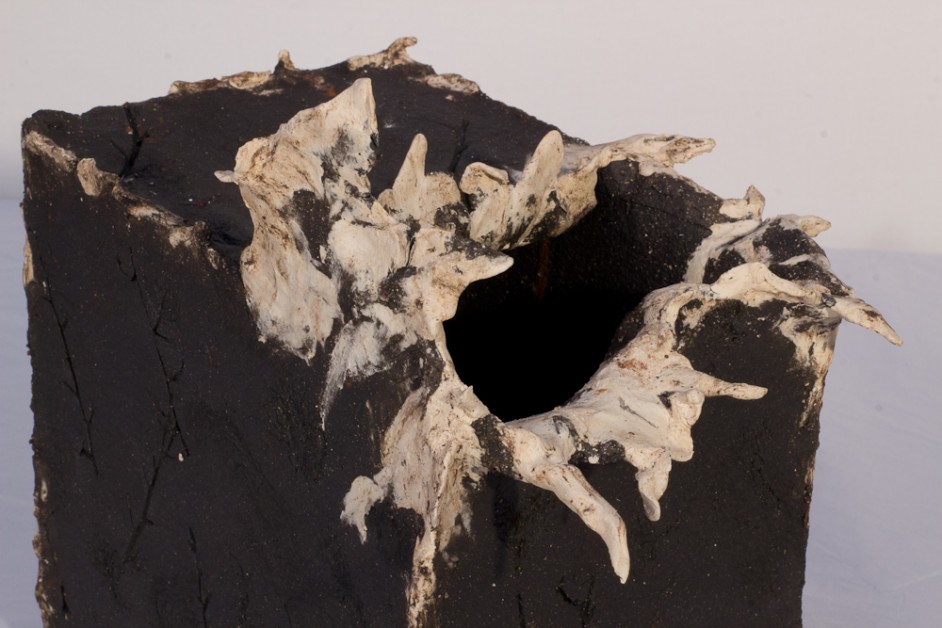 Thorn l and Thorn ll are some of the final pieces I made towards the Maker in Focus exhibition at Mission Gallery. They are something of a return to the tree motif I initially envisaged as the major element within this body of work, before the sea took over. 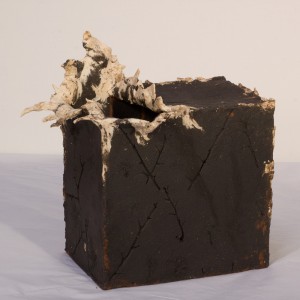 I used cuttings from the dying hawthorn hedge in my garden (courtesy of a neighbour spraying brambles on their side!) and pressed them into the clay slabs while the clay was still relatively soft.

The forms appear largely urban/industrial but were also influenced by a thorn bush I came across some years ago that had been sculpted by the wind, and perhaps sheep and deer, into an almost perfect cuboid – just a few stray twigs straggled out of one top corner. 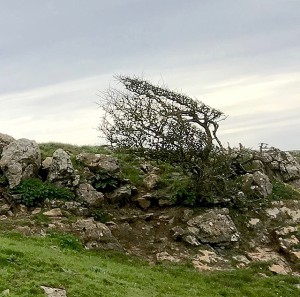 Not the cuboid thorn but there’s still a boxiness to this.

The use of white paper clay alludes to the lichens I found on many of the wind blown trees around the coast as well as on the old oak trees in my local park, Parc Coed Bach. 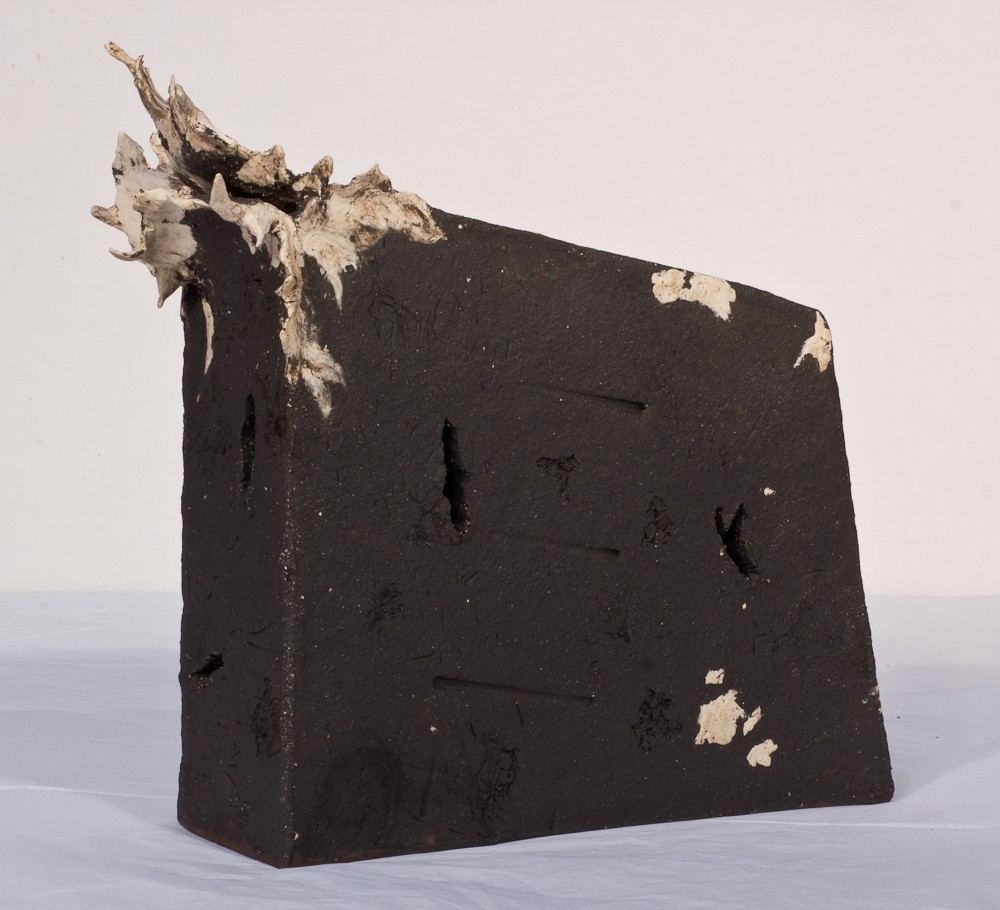