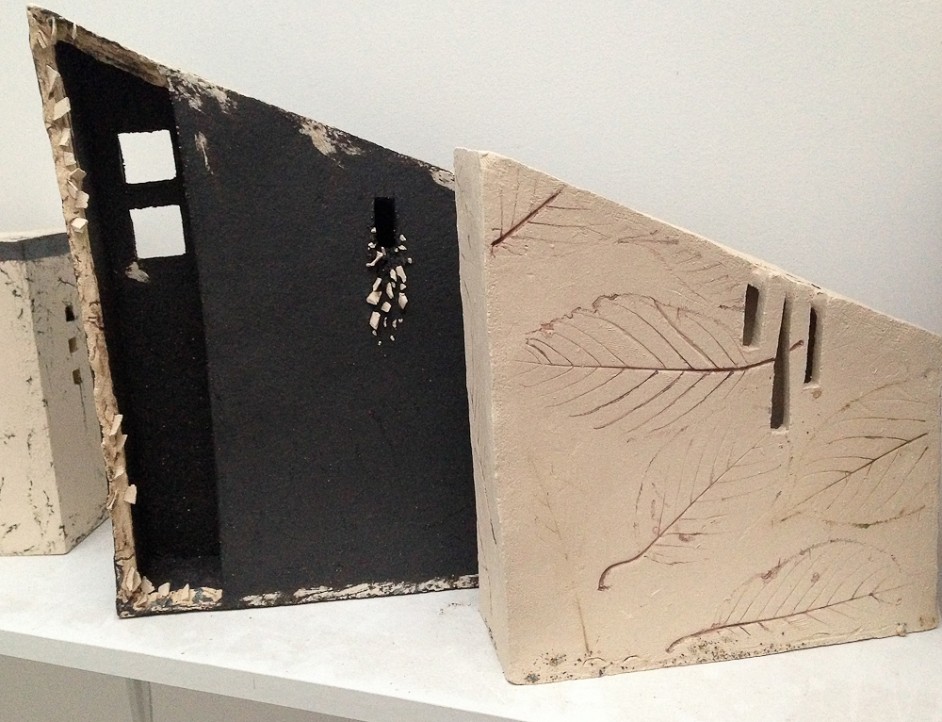 While producing this work for Maker in Focus at the Mission Gallery in Swansea, I’ve used, it turns out, several different clay bodies – two different blacks, terracotta, white earthenware, at least one earthstone, and three different paperclays. I think the most enjoyable for the actual making have been the two clays in these pieces – the white form – ‘House of Leaves’ (at least it’s a working title but really how could I resist when the book is sitting in my studio!) is made with Earthstone and the dark form ‘Sea Change II’ is Vulcan Black. Both are beautiful to work with and not so heavily grogged that they rip my hands and nails to shreds as others have. Both these pieces though have other clays and materials incorporated in them.

The images below show the work in progress. 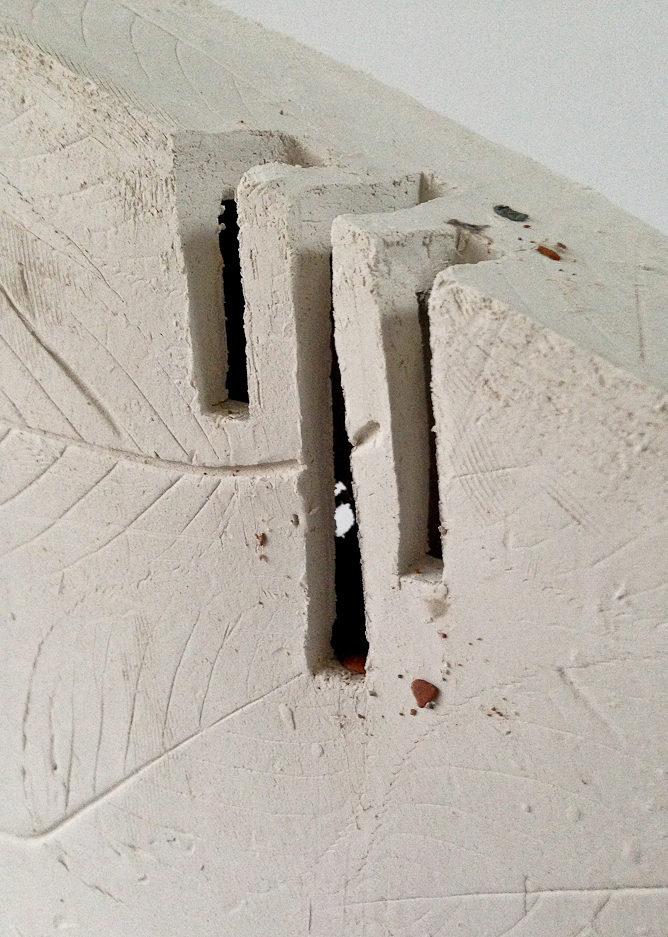 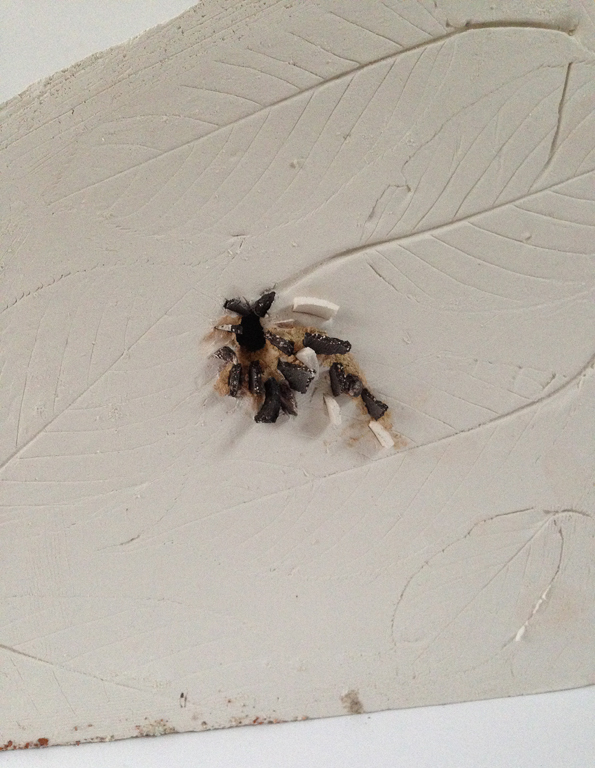